Online Slot Myths: How and Why They First Started

As with any game, there are plenty of myths surrounding online slots games. We are going to dispel the most common of them and set you straight to learn how to win online slots. Not only will this avoid any confusion but it will also increase your enjoyment and understanding of the overall concept of slots playing online.

Slots games online do have hot and cold streaks but this is purely by chance that these occur. This is because each spin of the reel, even if you are playing the same slots game for a long period of time, is controlled by a Random Number Generator. It is the unique code that this RNG creates that determines whether or not a win is created. Nothing a player does or does not do will determine this.

Slots games are not programmed to have streaks of any variety and the RNG plays an important role, not only in preventing any cheating from occurring but also it ensuring equality amongst players. This may not be what you are wanting to hear if you are on a winning streak but if you are on a losing streak, know that you will not be on it forever and your luck will change!

Due to the RNG, each time the reel is spun, the slots game thinks that a completely new player is playing. Therefore, it makes absolutely no difference as to who is playing, how long they have been playing for or how much money they have spent playing on one specific slots game. So if your first choice slots game has not paid out in a while, don’t assume that the longer you play for, the more chance you will have of winning because this s certainly not the case.

If not winning has occurred for a while on a specific slots game then it is more than likely for players to change the slots game they are playing on. Failure to do so often results in credit running out and time in the online casino coming to an abrupt halt a lot sooner than players would like.

If a Slot has just paid out, it won’t pay out again

Slots games are all controlled by an RNG. Therefore, there is no correlation between wins and the likelihood of re-triggering a win. If you have recently won on a specific slots game, there is absolutely no reason as to why you should not be able to win again on the same game at any time. There is no time delay and there is no maximum amount that slots games can payout in a certain time.

Winning at slots games is all completely random and luck-based, so there is no way of knowing when wins will occur and when the next payout is going to happen. You should not stop playing a slots game because you have won on this slots game recently as you may also be on a lucky streak. But if you are not having much luck, then changing the game could be well advised so that you can test your luck elsewhere.

You won’t win if you are playing with a Bonus

This is completely false information. As the Random Number Generator has no idea who is playing, there is no way of it knowing how they are playing either. Therefore, it makes absolutely no difference whether you are playing with real money credit or bonus credit and this will not have any sort of impact as to whether you are able to win. Once again, this is solely based on luck as slots games are not games of skill or strategy so you just need to take your chances on your game of choice.

The way to increase your chances of being able to win is if you are able to compare the volatility level and the RTP percentage. Ideally, if you can find a game that has a higher RTP percentage and a mid-level variance, you should be on to a winner, but this does depend on how you like to play slots games.

Players with smaller bankrolls may want to win more frequently but for smaller prizes so will want a lower volatility game. But players with larger bankrolls can afford to spin the reel a couple of times without winning anything in return so may prefer the high volatility games where they will win bigger cash prizes overall, though they will be less frequent.

This is sometimes the case, but not always. The games developers are aware that gamers take aesthetics into the equation when they are looking around to find a new slots game to play on. Therefore, they try and make the title page of a slots game look really appealing to draw in as many players as possible. This style of slots game can be really fun to play as they are very enticing and are often filled with lots of interesting bonus features to keep us occupied as we play for longer periods of time.

But some of the biggest wins ever recorded have occurred on the least flashy games created, where the time, effort, and finances have been poured into the behind-the-scenes aspects of creating the game to a higher spec than creating a more aesthetically pleasing game.

This is the same with ages of games when comparing them too. You should not always choose the newest slots game over the older ones as some of the most popular and best-performing slots games are over a decade old but are still ranked as slots gaming favorites.

Really, we just need to not be as vain as we are as gamers, but this is very difficult when there are so many incredibly slots games competing for our attention every time we head to the online casino. 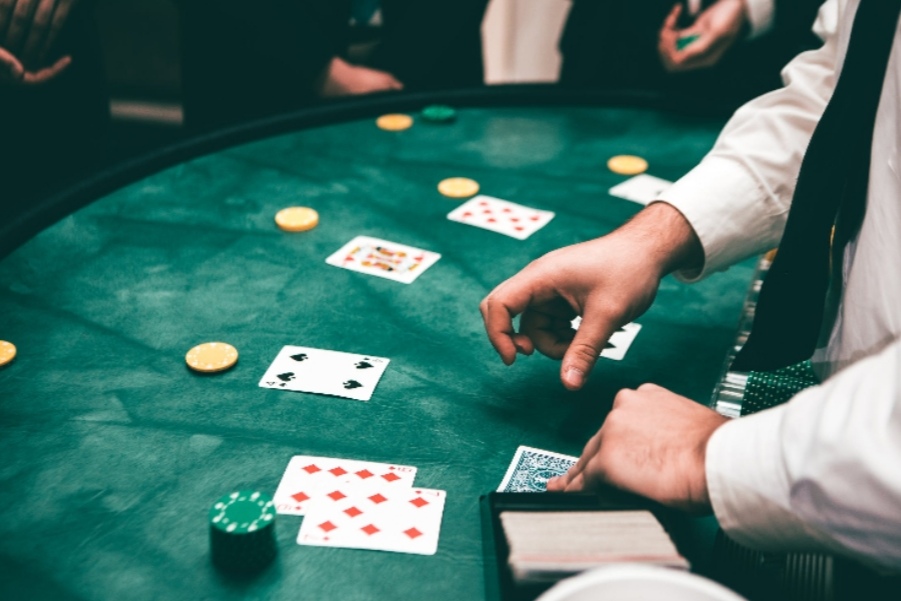 The Mechanism of Slot Machine Games

Slot machines are some of the most entertaining games at the casinos. So much so that at times, it may be hard to find one ... Read More

You have the next big update in the form of Apex Legends, and you would be much excited to know about the brand new content. ... Read More